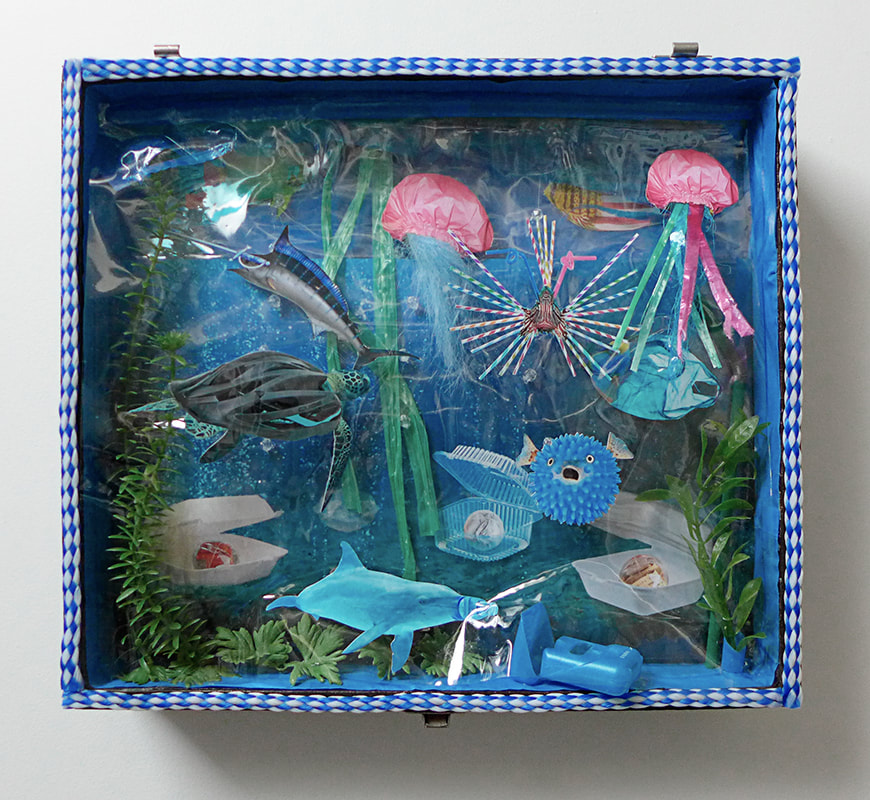 This assemblage is called "Plastic Ocean", and was grimly inspired by projections that by 2050 (or sooner) there will be more plastic than fish in the sea. The piece features Photoshop imaginings of how sea creatures might possibly mutate in the future in order to somehow survive such a calamitous environment.

"In Heaven there is Plenty of Bike Parking".

This is a composite of 8 shots I took from the Vaporetto in Venice, Italy, and it is called "The Left Bank".

In March I was visiting San Francisco's Stonestown Mall, and was shocked to find the giant Macy's store (which has been the mall's anchor store since it was all built in 1952), was about to shut its doors in a few days, and everything was for sale, including all the manneguins, which were stripped naked and gathered in one giant room! This piece is called "Last Act!". 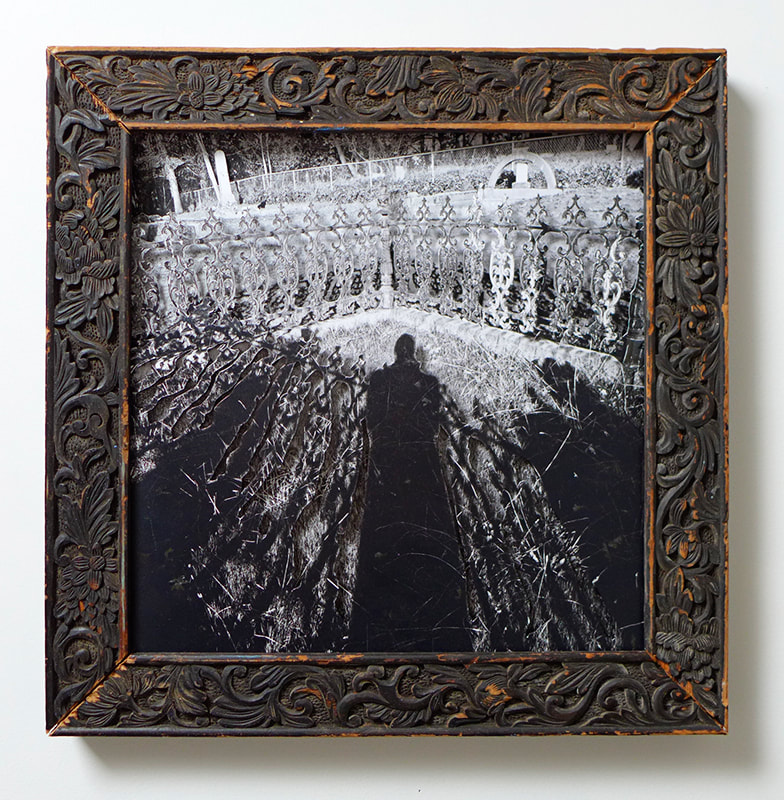 I shot this scene at the cemetery in Nevada City, California. It is called "Meet Me at the Cemetry Gate", inspired by the Smiths song of course. 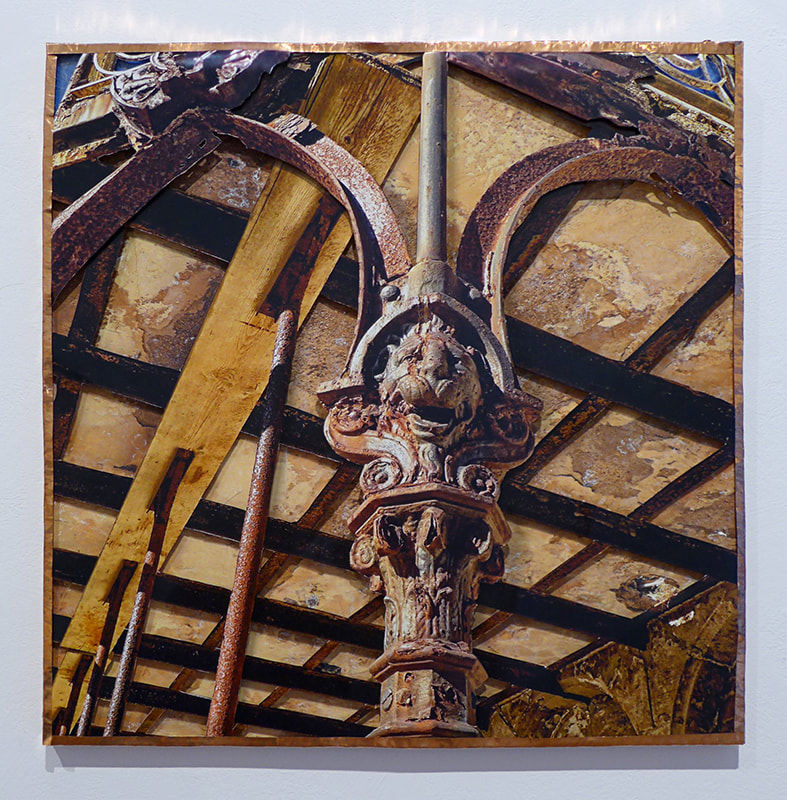 This piece is a photo transfer on wet plaster and photo assemblage called "The Tuna Baron's Abode". I shot the scene at the Palazzo Florio, built in 1878 by the Florio family who owned the tuna industry on Favignana Island off the coast of Sicily. It was built for entertaining visiting nobility, while the bloody annual tuna slaughter raged in the harbor outside.